Being arrested and charged with a crime is frightening under any circumstances. When the arrestee is your own son or daughter, the anxiety level can go through the roof. As a parent, you are no doubt feeling extremely concerned about how your son or daughter will be treated, what will happen in the days and weeks ahead, and whether there will be a record of juvenile delinquency that could hurt your child in terms of college admission, internship programs, and work opportunities. If your son, daughter, or grandchild has been charged with a crime in Philadelphia, it is critical that your family has the benefit of aggressive and experienced legal representation from an effective defense attorney.

The juvenile justice system follows different rules, standards, and procedures than the court system for adult defendants, so it is critical to select a defense lawyer who has prior experience specifically handling juvenile cases. Philadelphia juvenile criminal defense attorney Lloyd Long has worked on thousands of criminal cases involving a wide range of misdemeanor and felony charges, and understands the unique challenges and strategies that arise in cases involving juveniles. He also understands how overwhelming it is to go through Pennsylvania’s juvenile justice system, and will be there to walk your family through every step of the process with honesty, clarity, and compassion while guarding your child’s constitutional rights.

A criminal charge, no matter how minor, could have negative effects on your child’s future. Protect your child by making sure that your son or daughter has robust representation. For a free legal consultation concerning juvenile charges in Philadelphia, call The Law Office of Lloyd Long at (215) 302-0171 today.

Like adults, juveniles can be charged with a wide array of crimes in Pennsylvania. However, most juvenile cases involve relatively minor offenses, such as summary offenses or misdemeanors, rather than serious violent felonies. Examples of crimes that juveniles are commonly charged with include:

For these reasons, parents and juveniles sometimes assume that a juvenile charge is “not a big deal” or “nothing to worry about.” Unfortunately, that could not be further from the truth. Even if the charge is a summary offense or misdemeanor, it could still limit your child’s potential for growth and success later in life. Your child could lose their ability to drive, own a firearm, work in certain fields, access government benefits, travel abroad, or join the military. If they are charged with a crime later in life, they could receive harsher penalties than they would have otherwise. Your child may even lose their immigration status, or be required to register as a sex offender, which can have permanent and catastrophic consequences.

At our criminal defense law firm in Philadelphia, we handle a broad spectrum of cases involving juveniles, ranging in severity from summary offenses to violent felony crimes. In addition to the charges listed above, other types of juvenile cases we handle include: 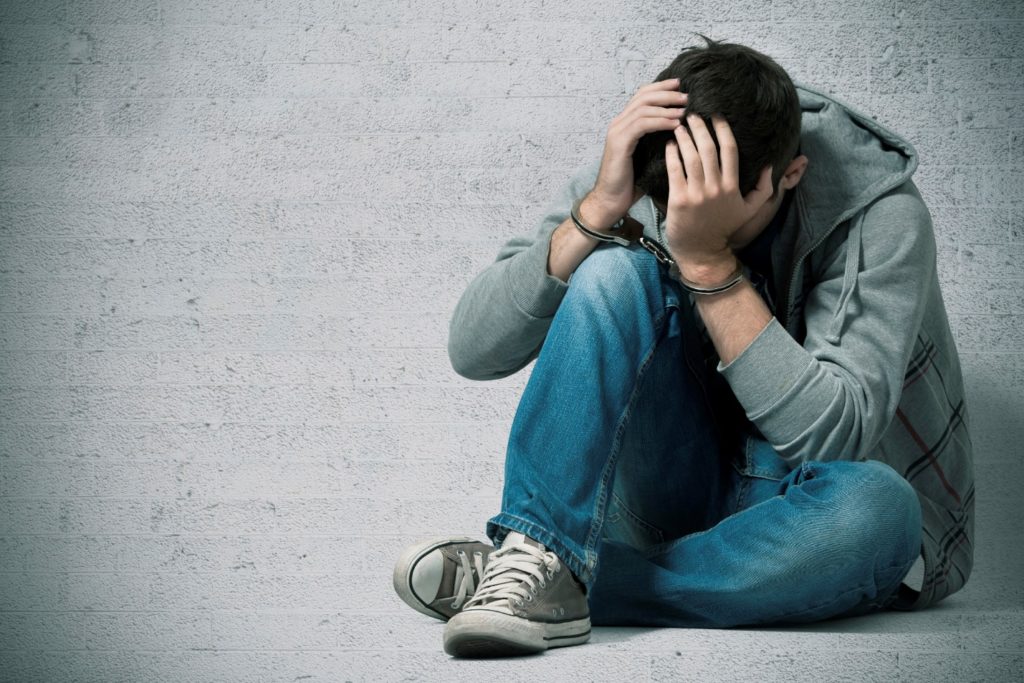 What Happens if My Child is Charged with a Felony in Philadelphia?

Juveniles who are charged with crimes typically do not go through the same process as adults. However, there are some exceptions for extremely serious felony charges, such as murder. Juveniles who are accused of murder in Philadelphia will be tried like adults, regardless of age. Juveniles in Pennsylvania may also be tried like adults if accused of any of the following offenses, whether actual or attempted:

Otherwise, juveniles generally go through their own court system, which tends to be faster and less formal than the system that processes adult defendants. It also uses different terminology, which can be helpful for family members to have some familiarity with. For example, instead of being “convicted” like an adult who pleads or is found guilty, a juvenile would be “adjudicated delinquent.”

Though an adjudication of delinquency is not technically the same as a criminal conviction, it can have similar collateral consequences, such as impacts on employment and housing opportunities. Instead of being sentenced to jail or prison, a minor who is adjudicated delinquent will generally receive penalties such as community service, supervised probation, driver’s license suspension, and, depending on the nature of the offense, mandatory treatment or counseling.

Depending on the case, deferred adjudication may be a possible outcome. If your son or daughter successfully complies with certain court rules and requirements for a set period of time, such as passing drug tests, the charges against your son or daughter can be dropped.

A criminal charge in youth, such as shoplifting, property destruction, or marijuana possession, can derail even the most promising future. Ensure that your son or daughter’s rights will be aggressively protected by a skilled and respected attorney with a record of obtaining favorable case outcomes, like Philadelphia juvenile crimes attorney Lloyd Long.

Should You Testify in a Criminal Case in Philadelphia?

As a criminal defendant, you have the right to testify in your trial and explain your side of the story. However, contrary to what some people...
Read More